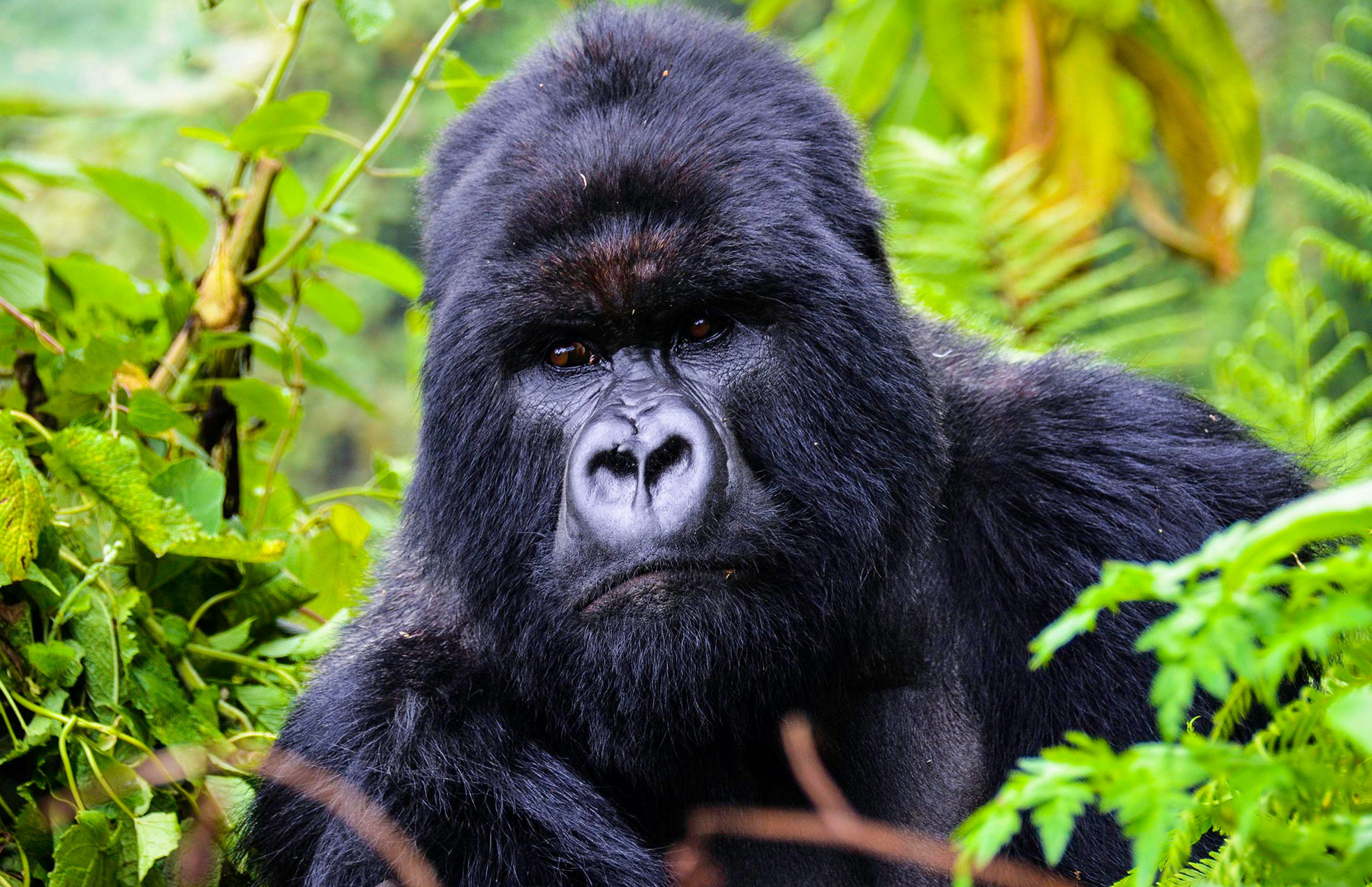 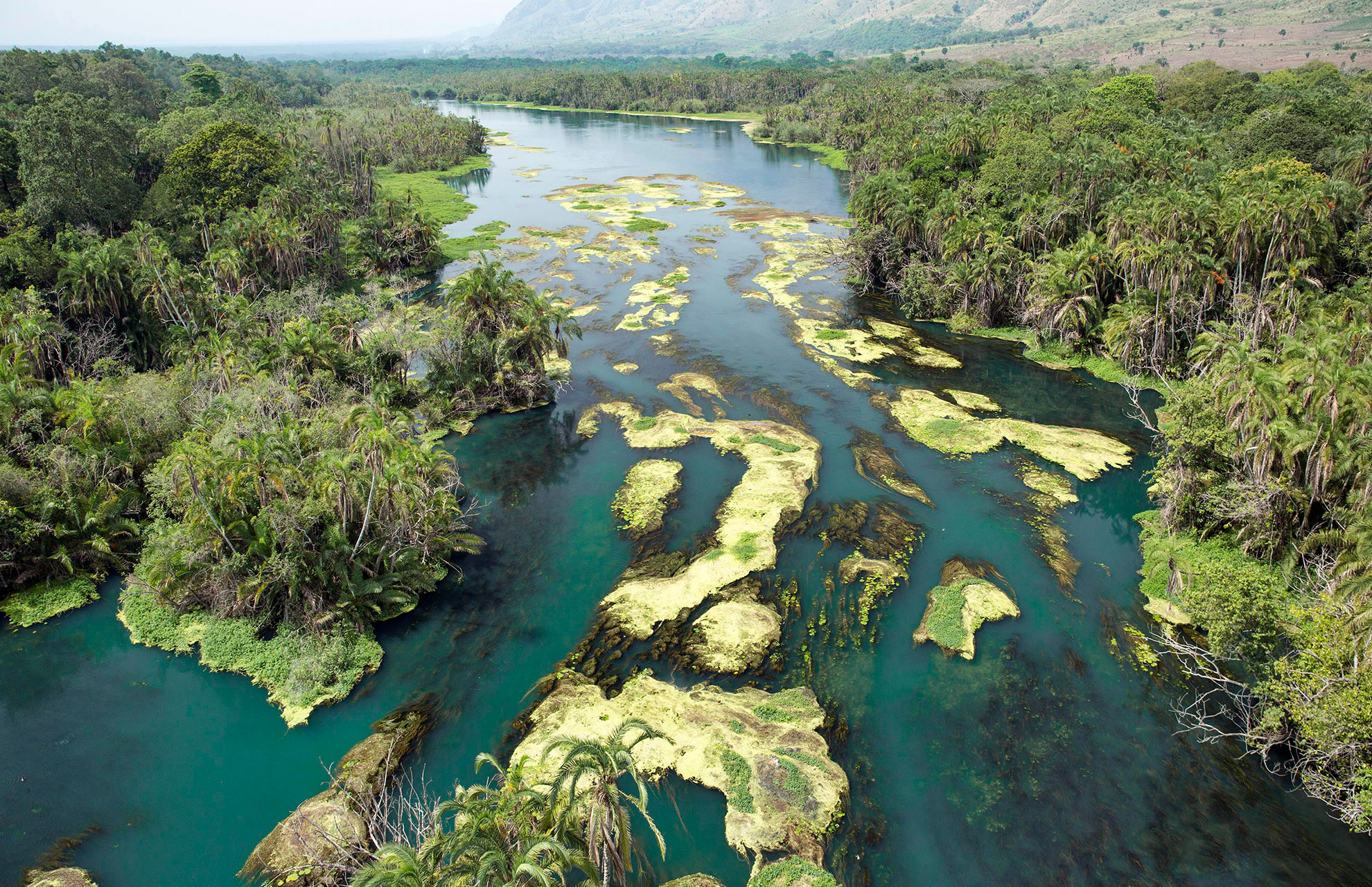 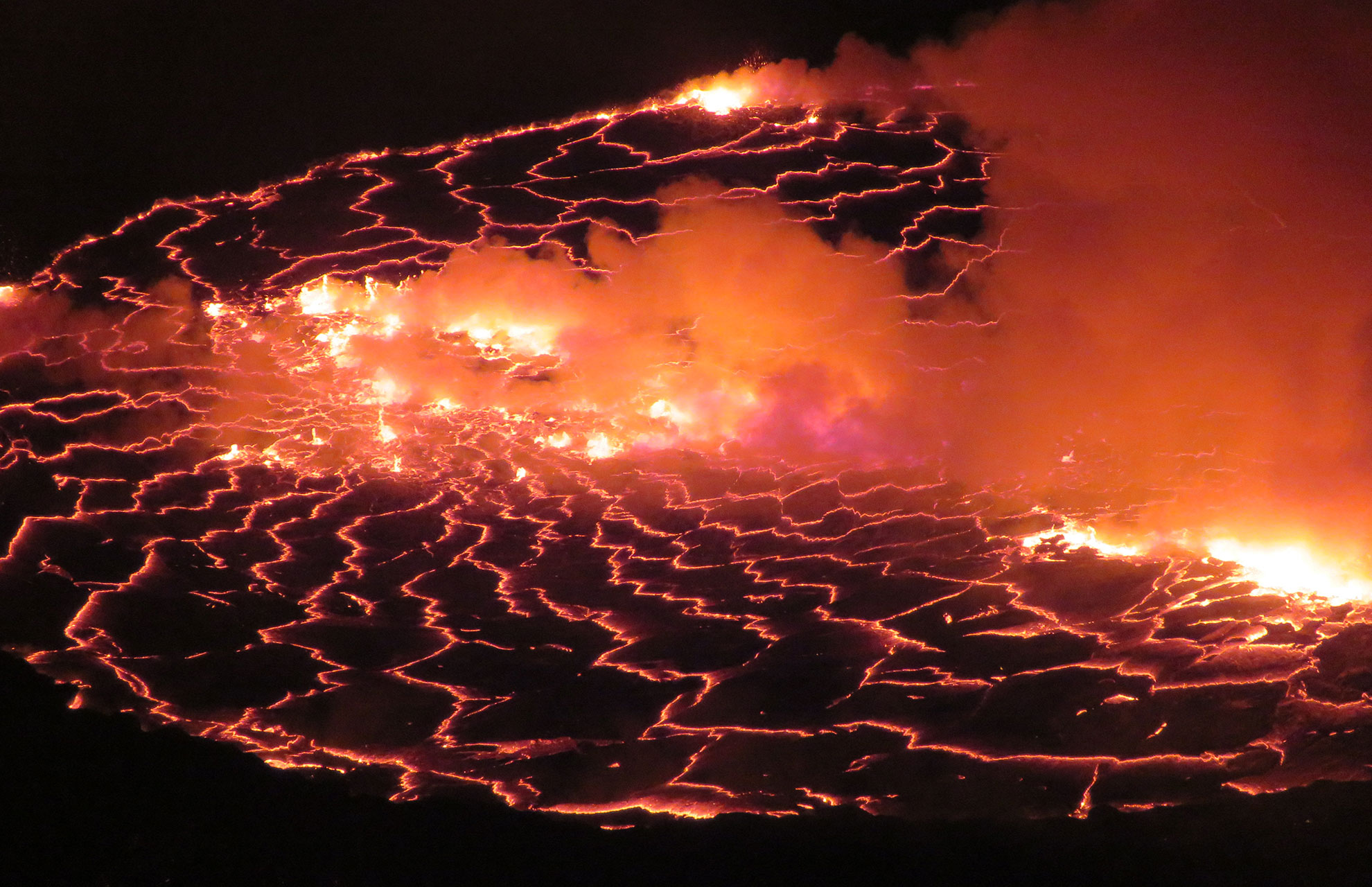 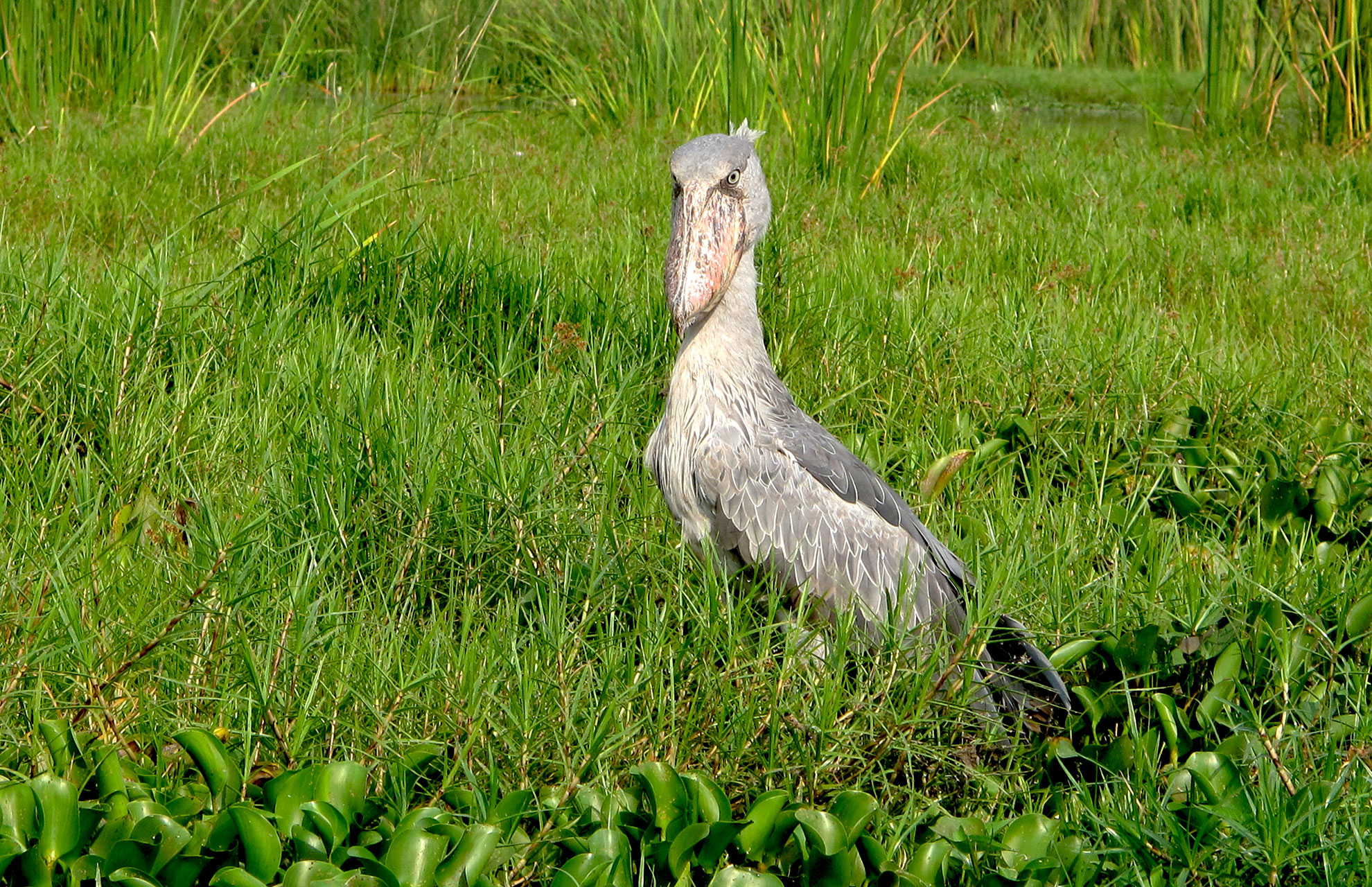 A land of steamy jungles hiding half of the world’s lowland gorillas, dozens of forest elephants, and hooting, swinging troops of chimpanzees, the Republic of Congo is on the cusp of becoming one of the finest ecotourism destinations in Africa. Boasting three excellent and little-visited national parks where everything from luxurious safaris to bush camping is possible, the main attraction to this alluring slice of West Africa is the raw, untrammelled call of nature. 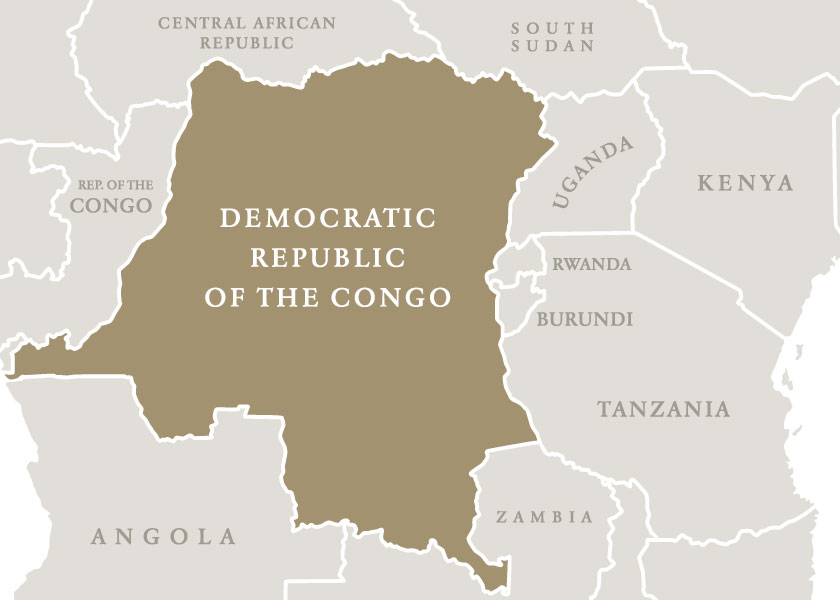 The Democratic Republic of the Congo, the DRC or simply the Congo, is a country located in Central Africa and was formerly called Zaire (1971–1997). It is, by area, the largest country in sub-Saharan Africa. It is bordered to the northwest by the Republic of the Congo, to the north by the Central African Republic, to the northeast by South Sudan, to the east by Uganda, Rwanda and Burundi, and by Tanzania (across Lake Tanganyika), to the south and southeast by Zambia, to the southwest by Angola, and to the west by the South Atlantic Ocean and the Cabinda Province exclave of Angola. 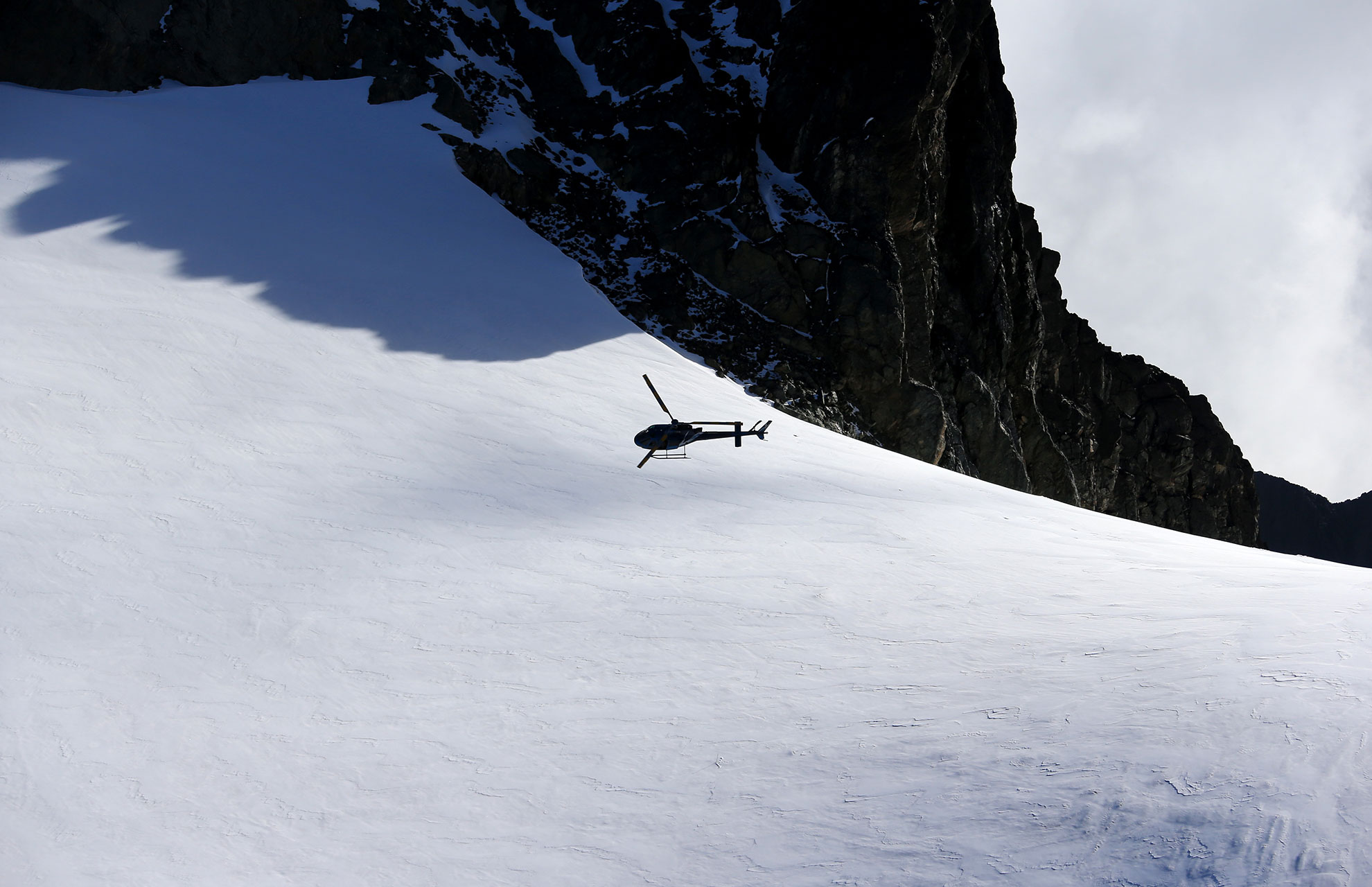 Fly into Entebbe where your pilot and guide will be waiting and you will swiftly depart for your short flight to Fort Portal in Western Uganda. Your accommodation for the night is a small lodge on the rim of an extinct volcano overlooking the forest. Head out for an afternoon walk into the Kibale Forest, rich in wildlife and particularly noted for its primate population of 11 different species including the red-tailed money, blue monkey, olive baboon, chimpanzee, black, white and red colobus and white cheeked mangabey. Kibale is the perfect place to experience the true diversity of flora and wildlife found in a tropical rainforest. Take an evening flight over the snowcapped peaks of the Rwenzori mountains. 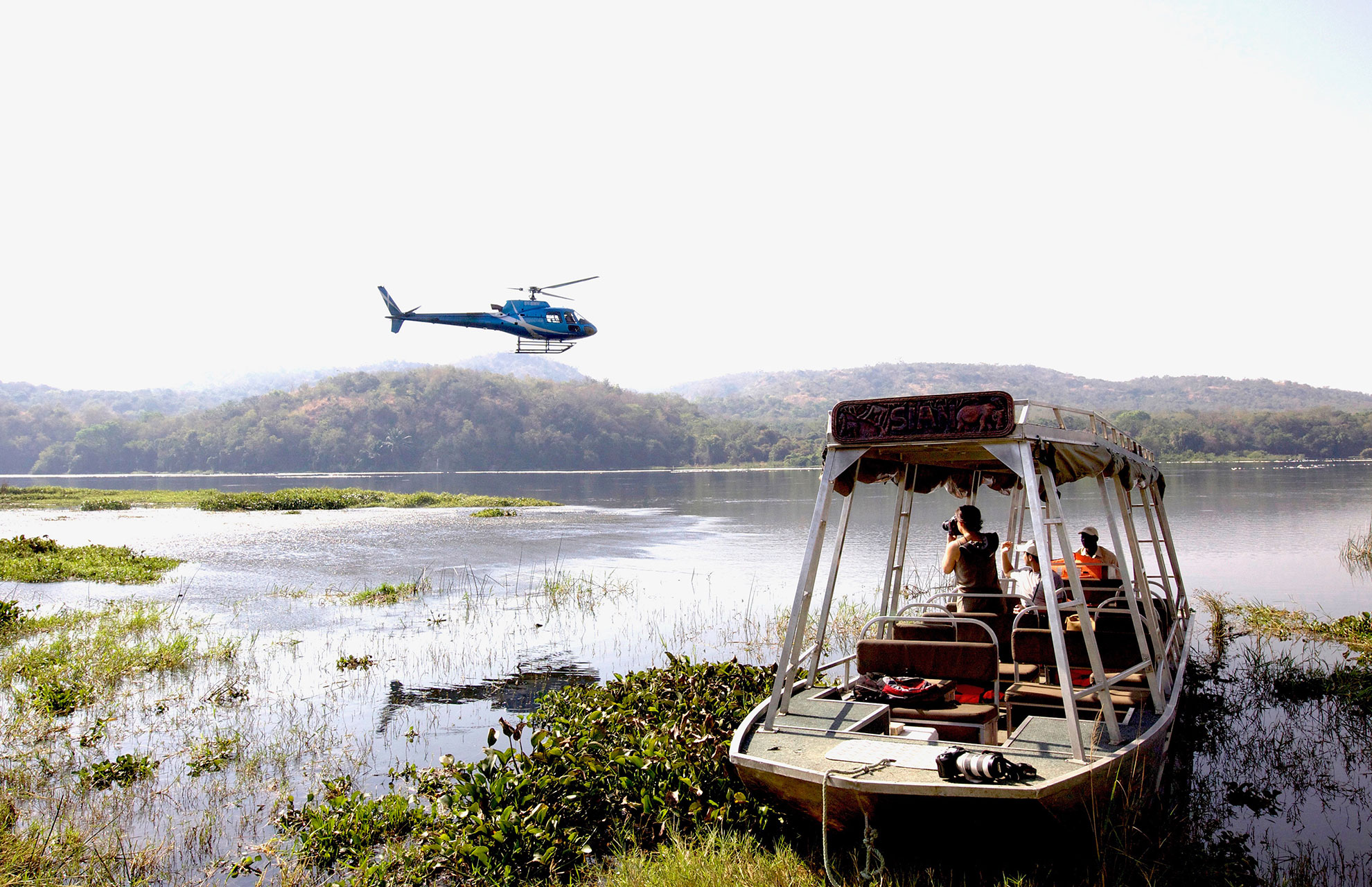 Experience a morning boat cruise in the Kazinga Channel which links the George and Edward lakes in Queen Elizabeth National Park. The channel is brimming full of hippo, crocodiles, elephant and buffalo as well as hundreds of water birds including some endemic species such as the Shoe Bill stork. In the afternoon we enter the Virunga National Park via Kisoro and Goma to clear immigration into Rwanda. Later we fly along the impressive Virunga landscape of volcano cones to Mikeno lodge for the night and take an evening walk to the Senkwekwe Gorilla orphanage. 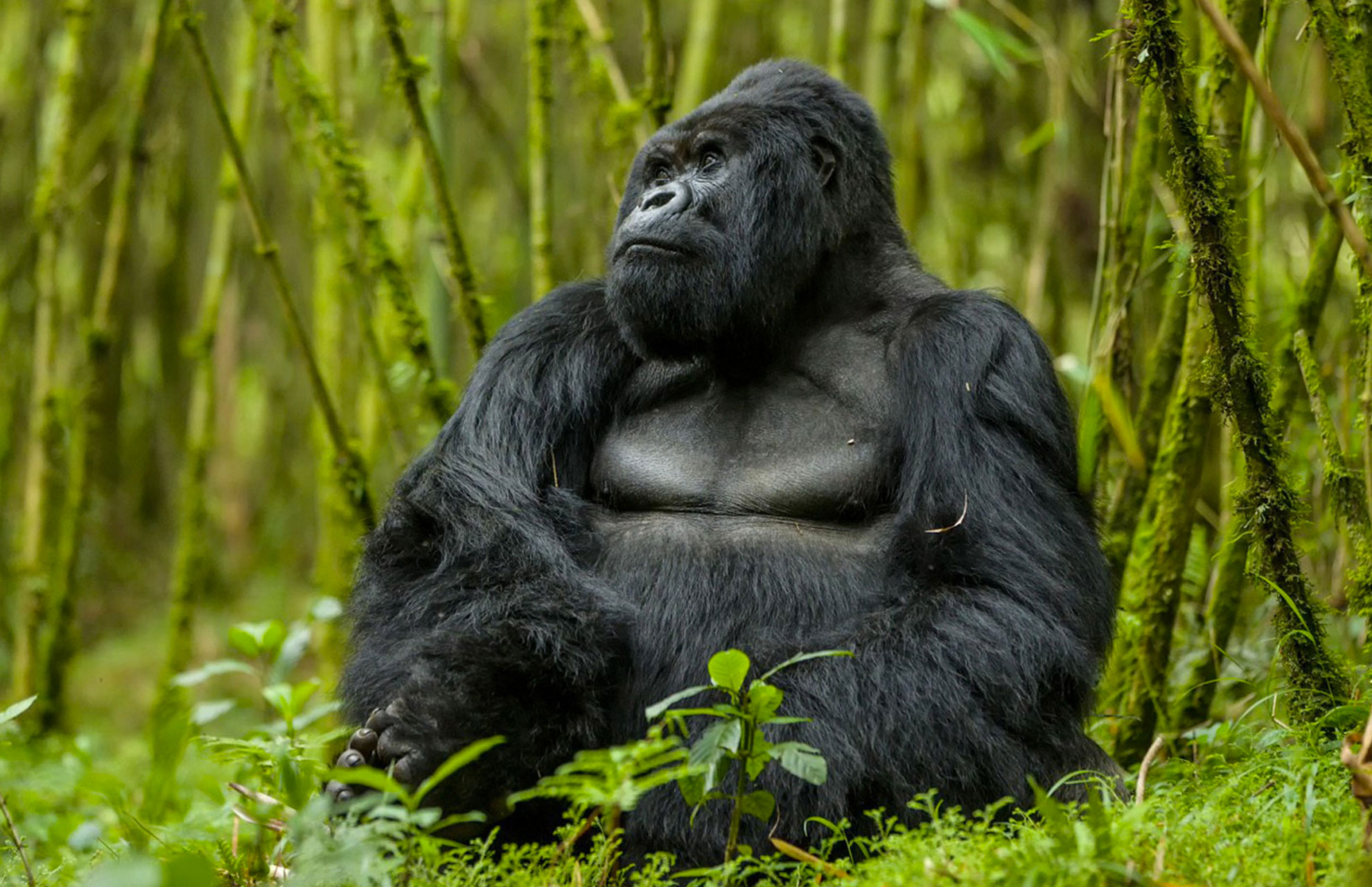 Head out early for a morning trek in search of the mountain gorillas. It normally takes a couple of hours trekking before seeing the gorillas while they enjoy a mid-morning nap and play. Under the careful protection of the Virunga National Park rangers, the gorillas have steadily increased in numbers. We return to the lodge for lunch and then enjoy an afternoon flight over the park with sundowners on the crater of Mt. Nyiragongo. We will land on the steep slopes of Mt. Nyiragongo and walk up to the rim of the crater to watch, in the darkness of the night, the incredible fiery furnace of the bubbling lava lake. Having enjoyed the spectacle, you will bed down for the night in the mountain shelters. 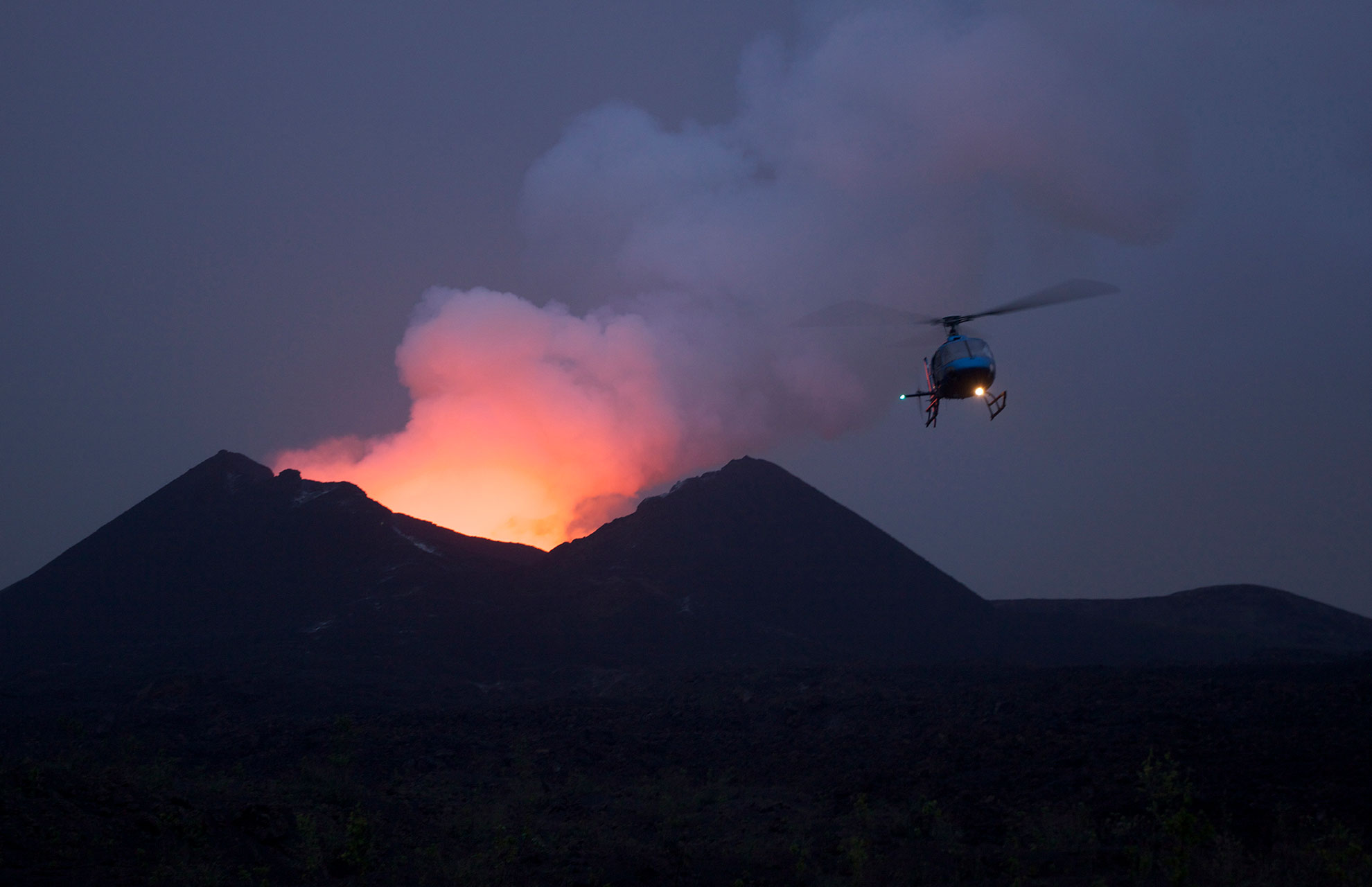 After an early morning coffee, you will fly over the forest canopy to Mikeno  for breakfast and then visit the Lwiro Primate Centre. Take an evening scenic flight over the park before spending the night at Mikeno Lodge. 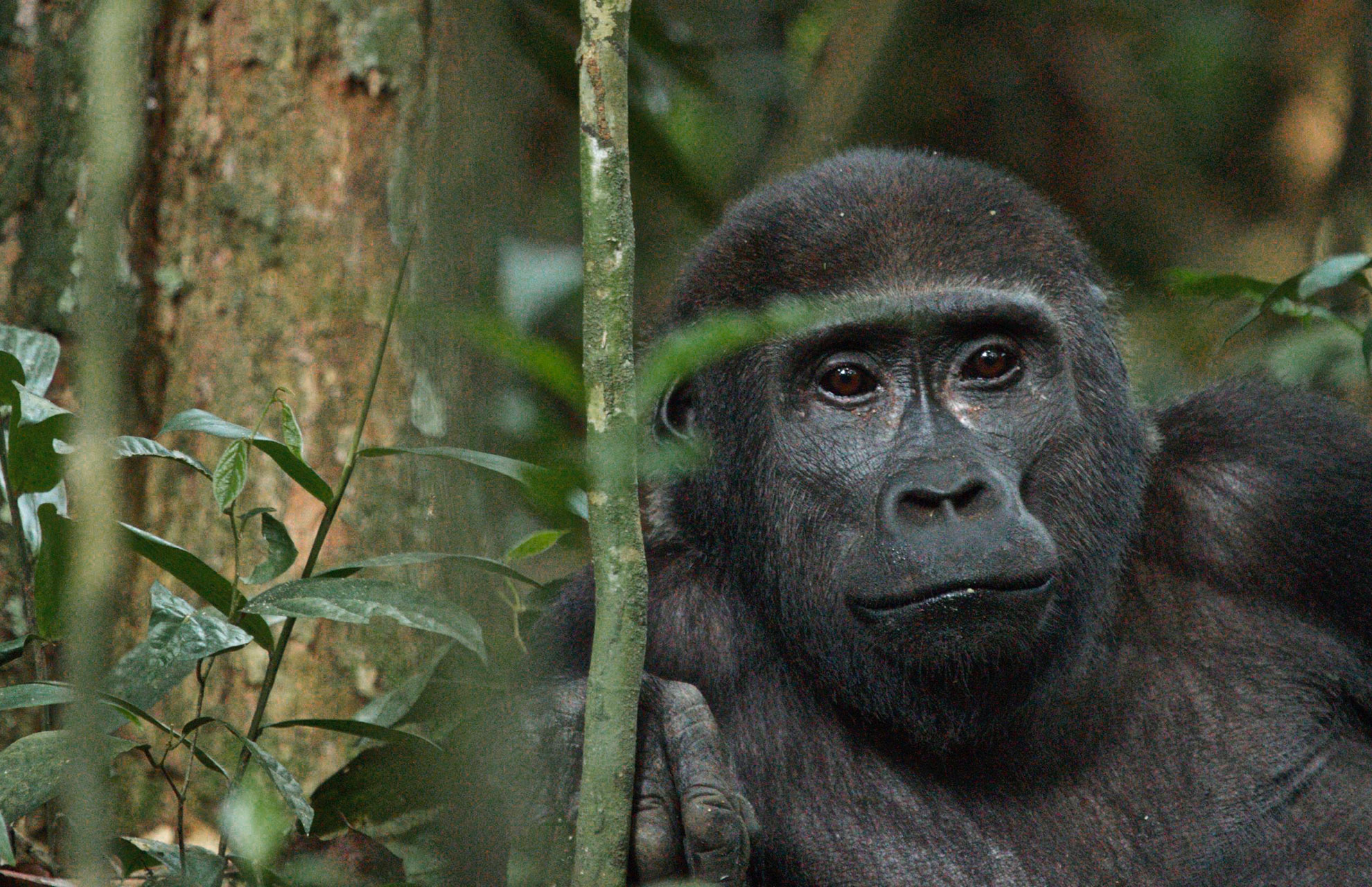 Join a morning walk into the Kahuzi Beiga National Park to see the Eastern lowland or Grauer’s gorilla. Physically different, these are the largest of the four gorilla subspecies and are distinguished from other gorillas by their stocky body, large hands and short muzzle. Take an afternoon flight over Lake Kivu to Tchegera Island. Spend the evening on the lake enjoying water activities before being taken to your accommodation close by. 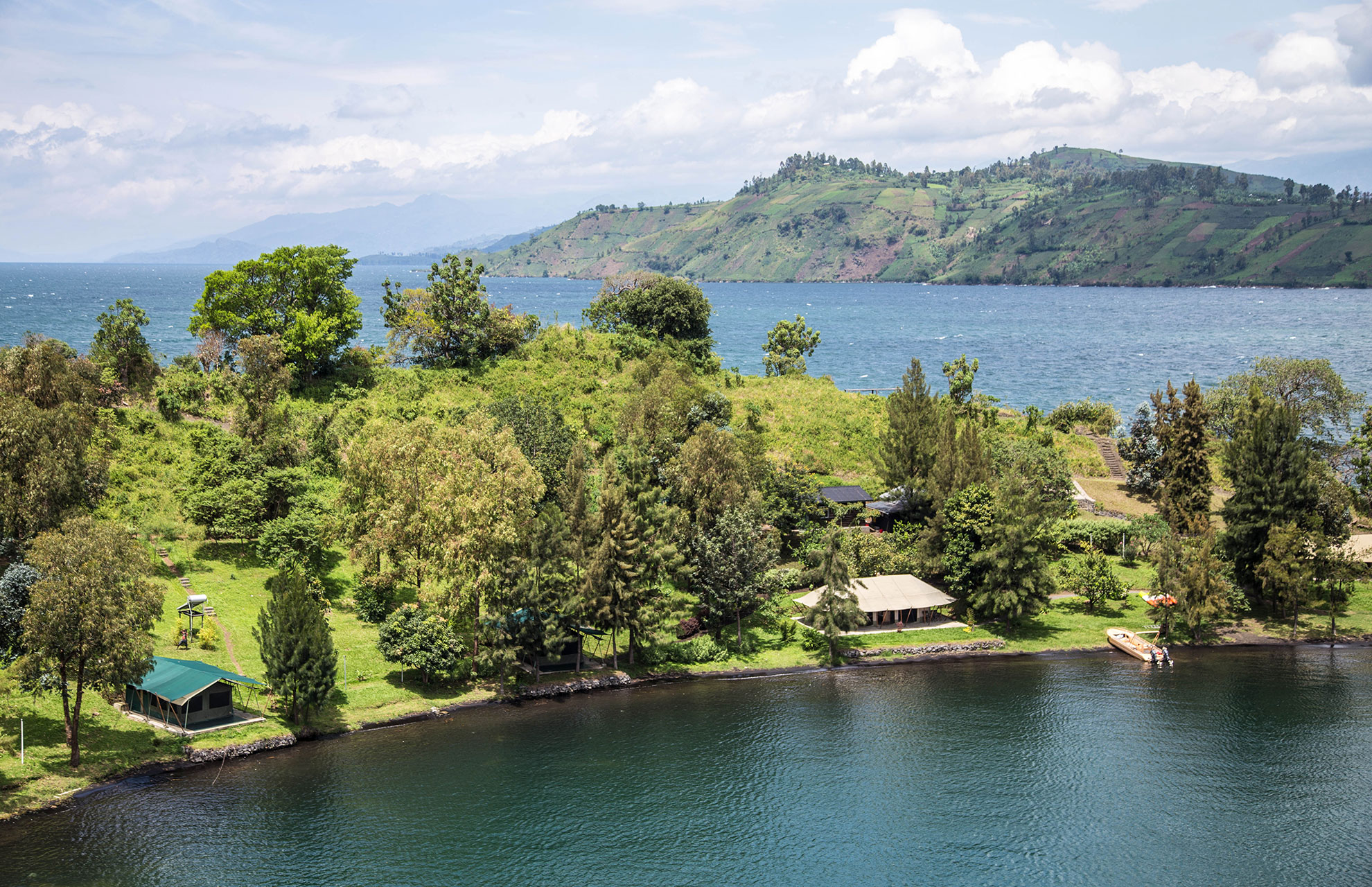 Fly back from Tchegera island to Goma and then Entebbe to catch your International flight. 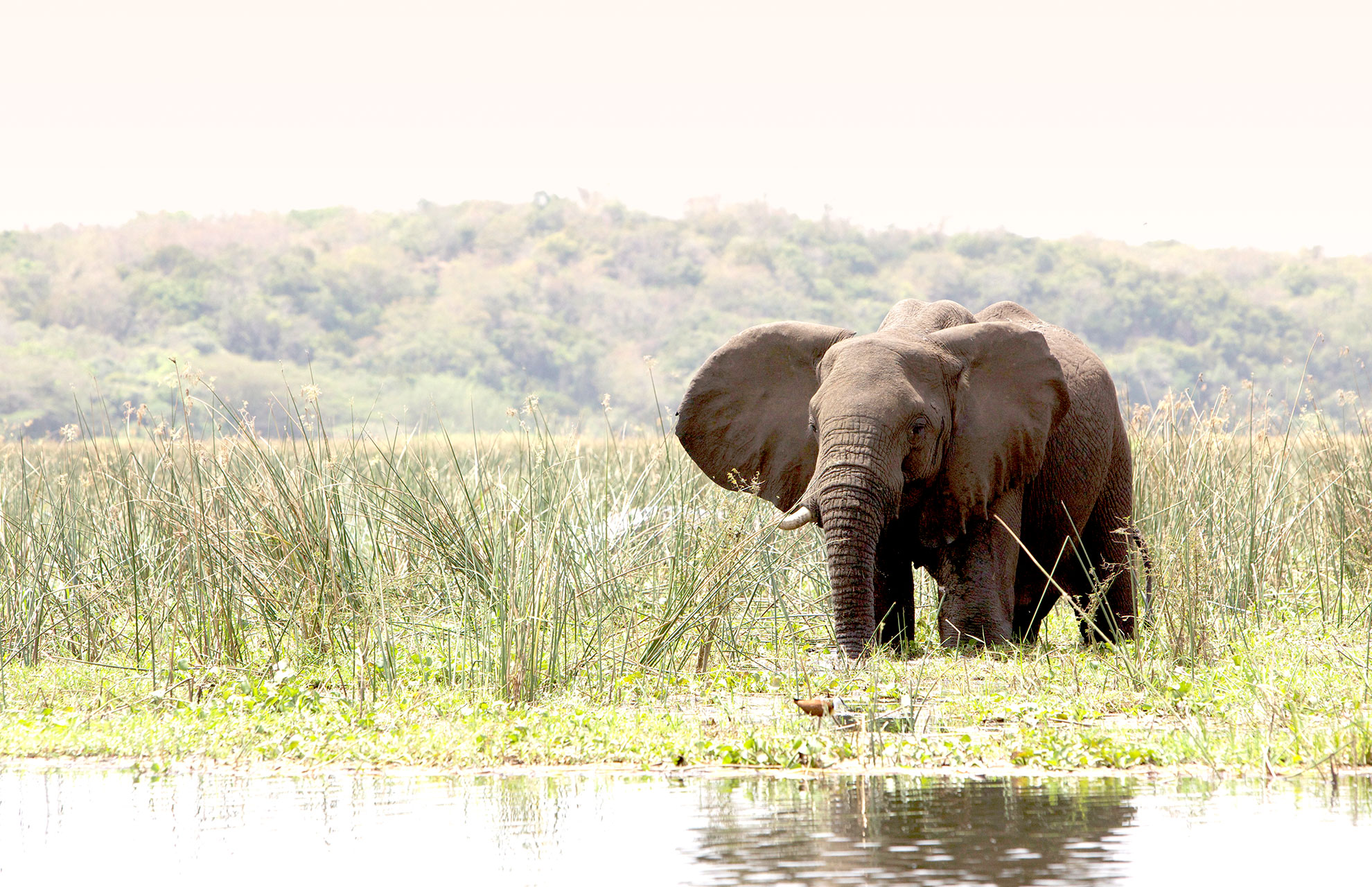 I can’t believe our trip is all over. A magical 10 days that has gone by so fast. We have been looked after so well and we hope to be back soon. 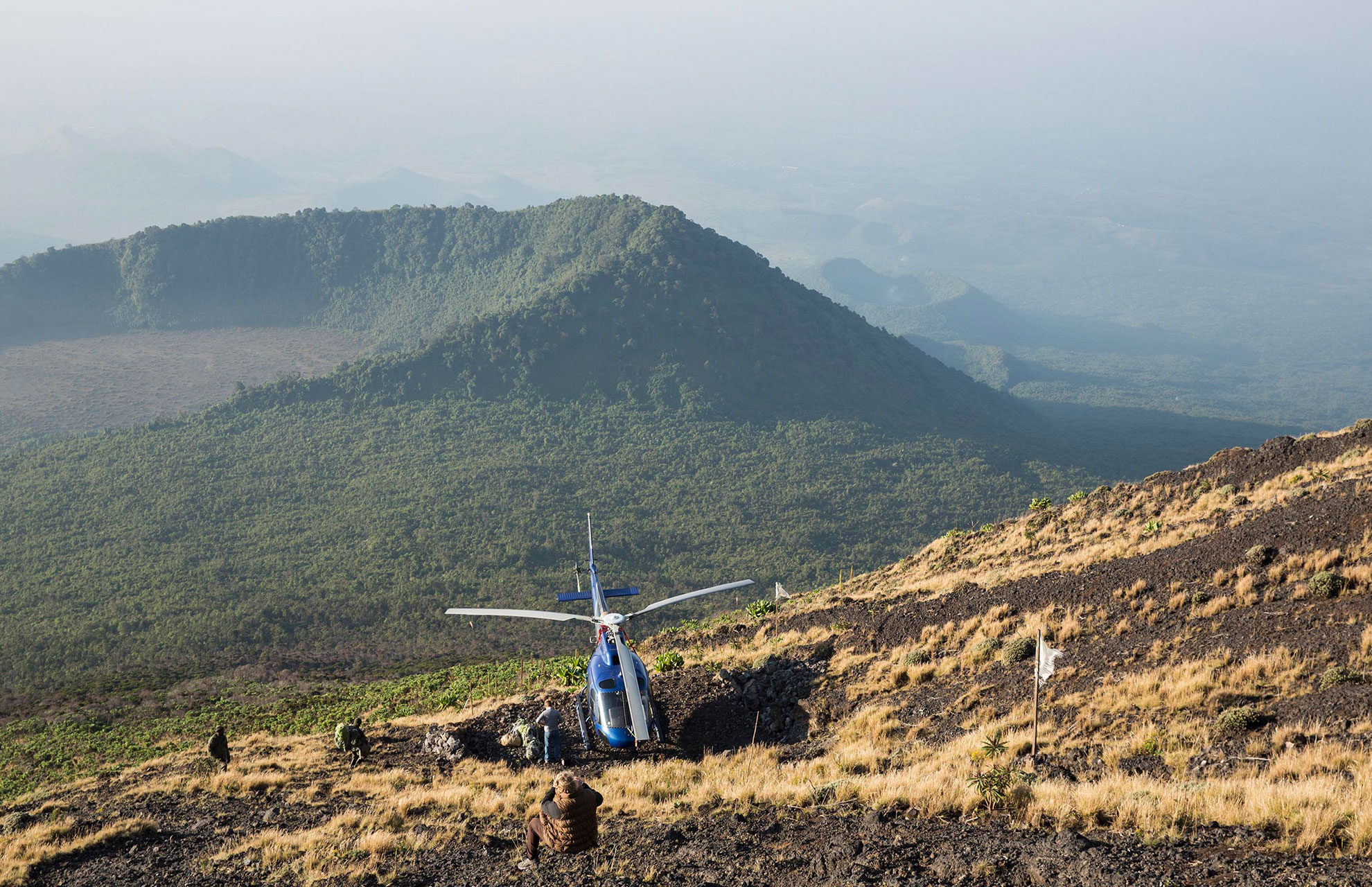 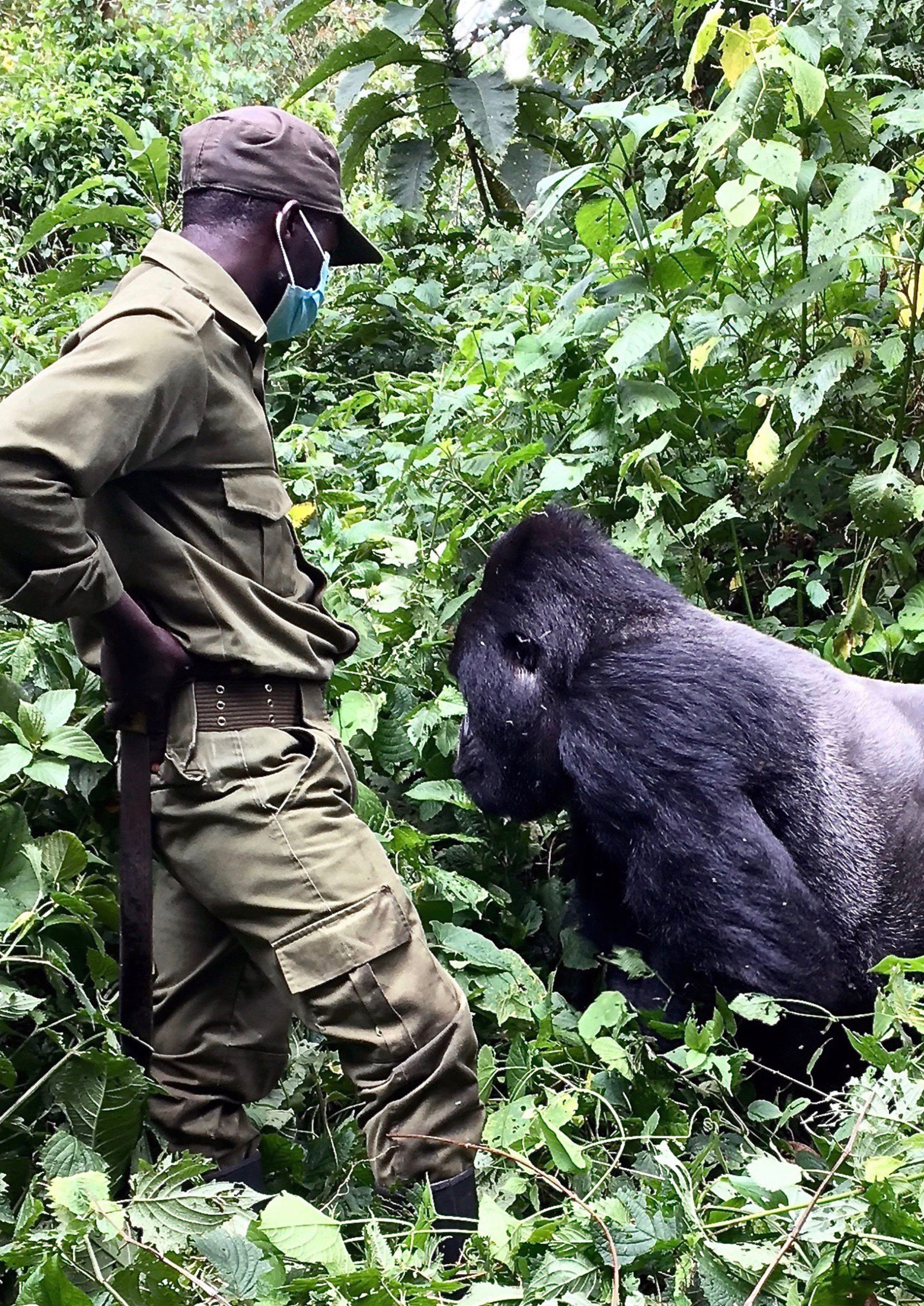 Gorilla trekking offers one of Africa’s most profound wildlife encounters. Their populations even in protected reserves are counted in hundreds rather than thousands. The Congo is lucky enough to be home to three of these species including the endangered mountain gorilla, the Okapis and the lowland gorillas.

The gorillas might be the star attraction in the DRC, but Nyiragongo Volcano definitely comes a very close second. Mount Nyiragongo is an overnight hike up and down where the hikers take about 6 hours up hill to get to the summit for dinner and overnight. You are able to see the boiling red magma from your cabin with the views of Goma town in the background. 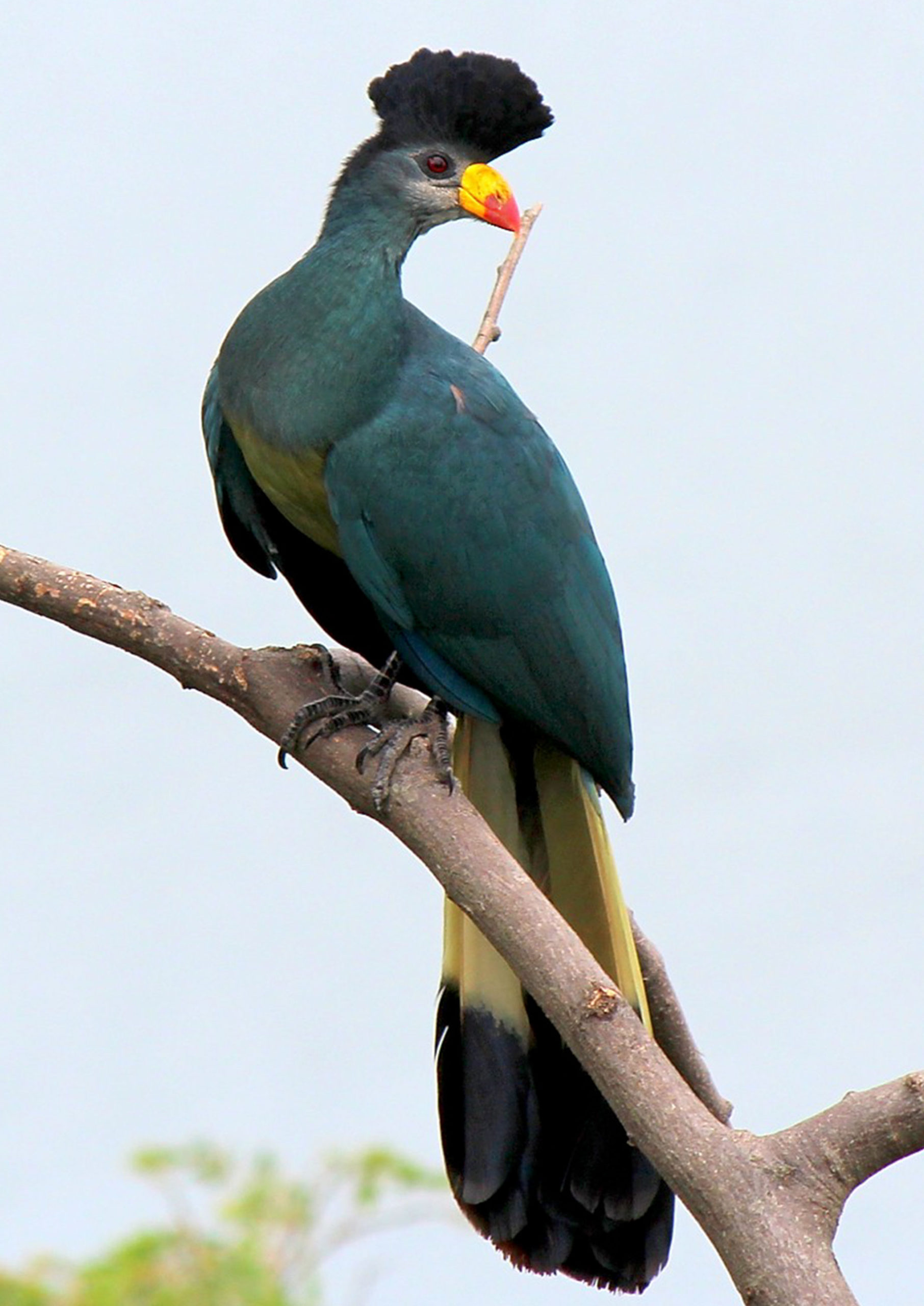 The Albertine Rift is one of the most biodiverse regions of the African continent with more than half of Africa’s birds, 40% of Africa’s mammals and about 20% of its amphibians and plants. It contains more vertebrate species than anywhere else on the continent. 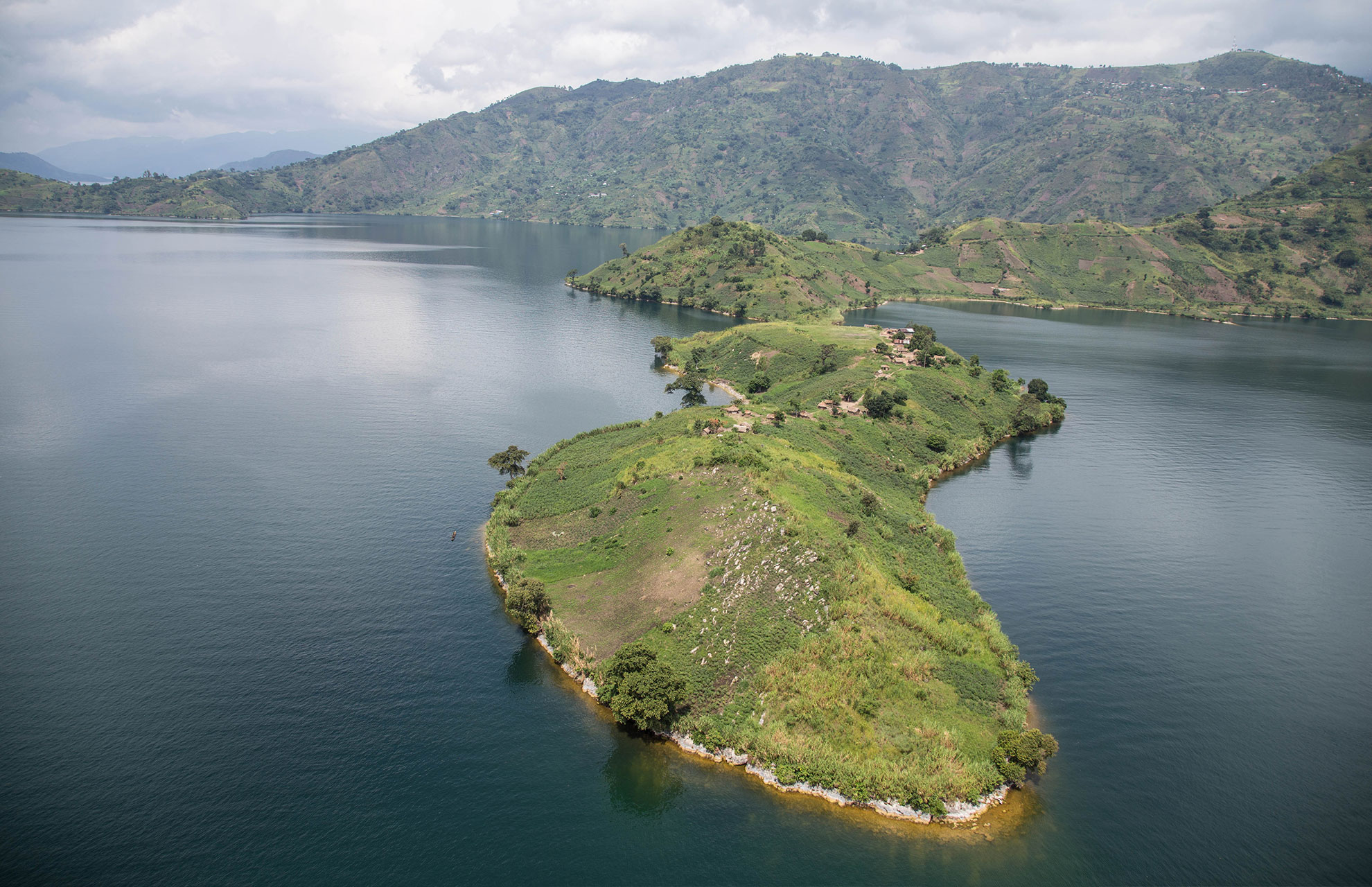 Ideally located as a stopping point between the gorillas of Volcanoes National Park and the chimpanzees of Nyungwe Forest National Park, Lake Kivu is a great place to spend a few days just soaking in the serenity of one of Africa’s most beautiful regions. Aside from relaxing in your tented camp, you can experience the lake by kayaks or boat tours. 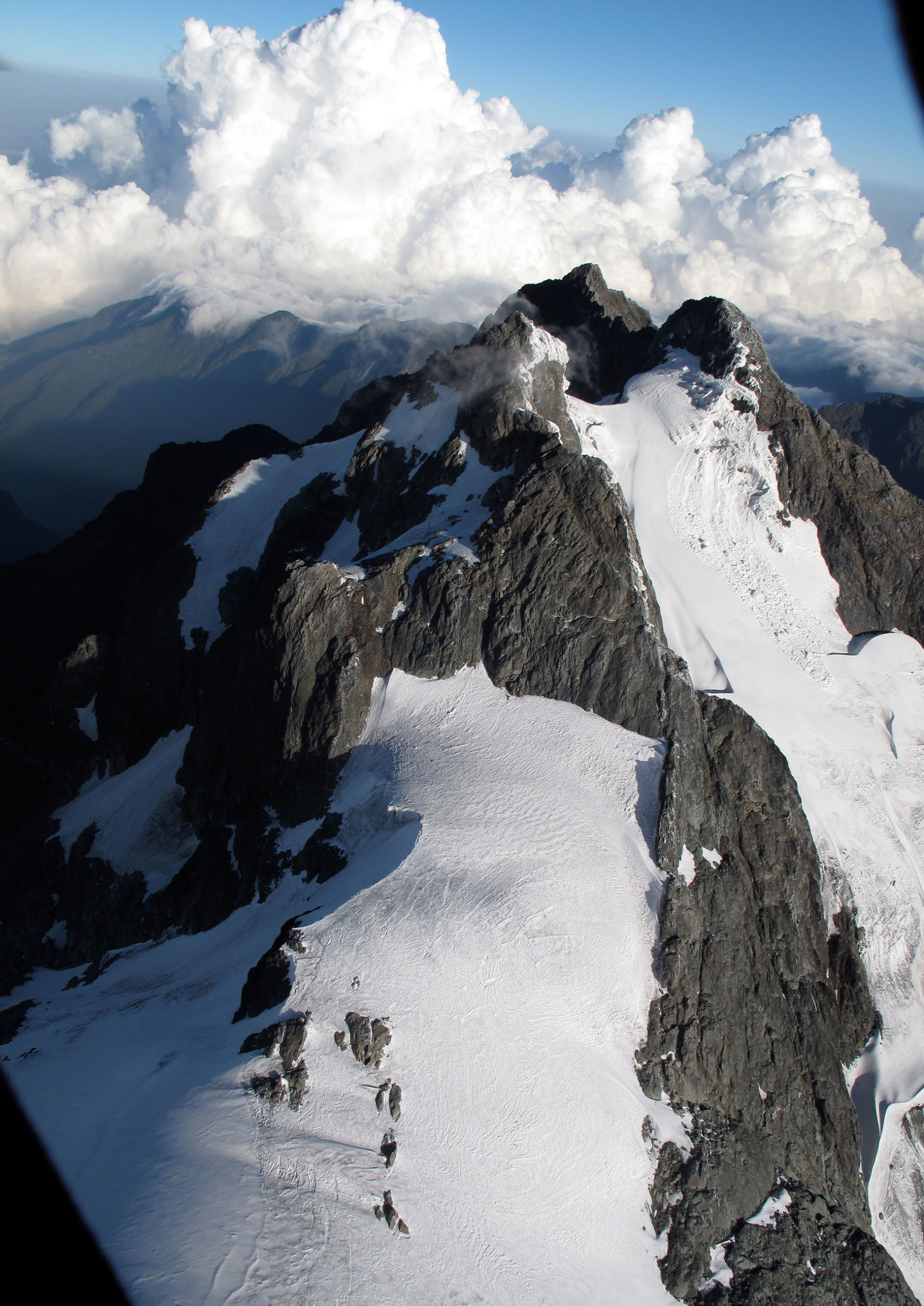 Located on the border of Uganda and the Democratic Republic of Congo, the highest peak of the ‘Mountains of the Moon’ is a dizzying 5109 metres, and the range is home to the only glaciers on the African continent. A climb to Margherita Peak will take you through swirling mists, glorious alpine meadows, past weird and wonderful plants and even forest elephant and okapi. 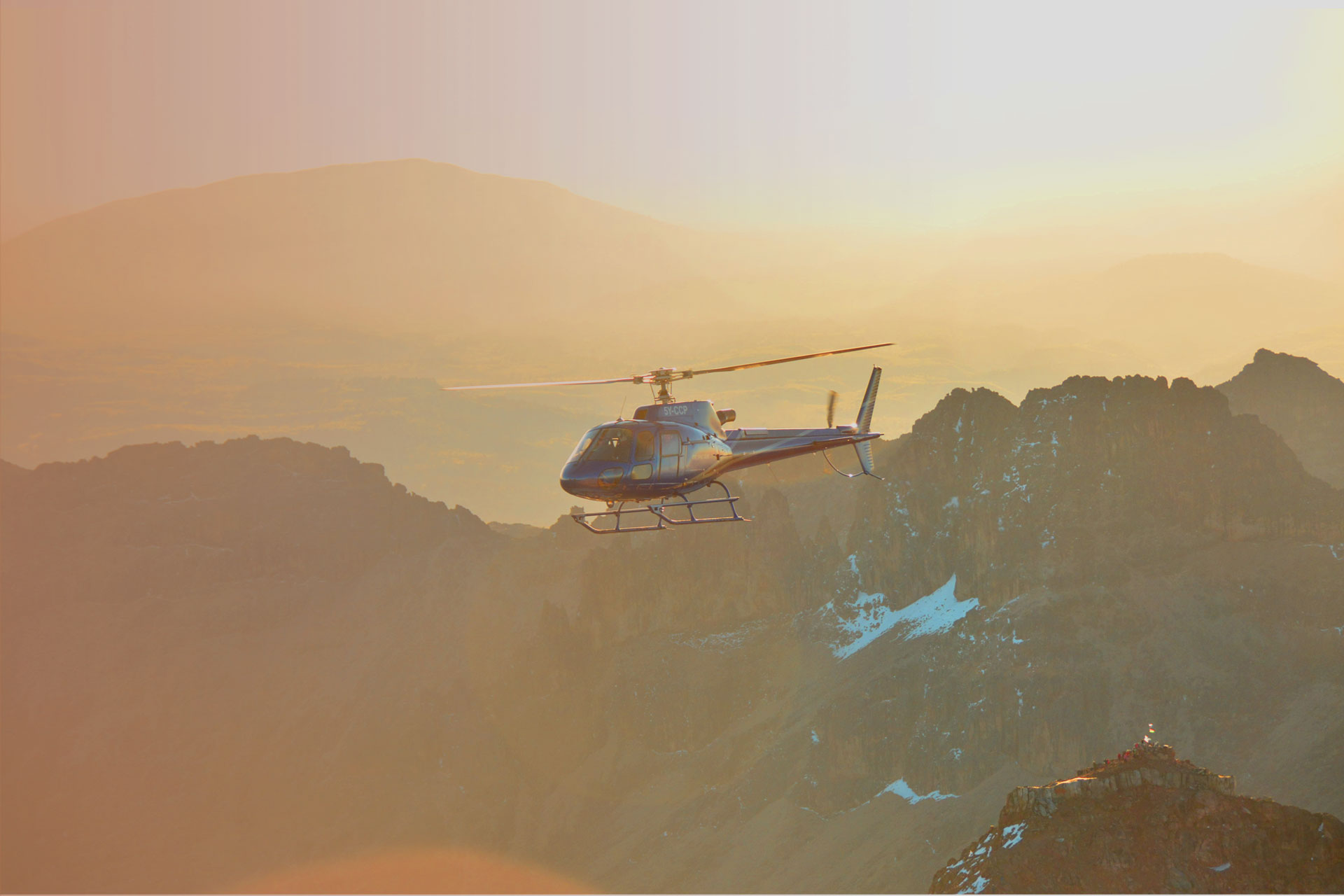